Shawn Evans (Fitch Fellow 2010-2011) was a key participant in securing funding for the New Mexcico State Historic Preservation Office (SHPO), which will enable the development of an app focused on pueblo preservation statewide. Read more in Albuquerque Business First: 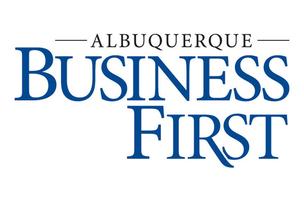 The New Mexico Department of Cultural Affairs is planning to develop an app that will help record conditions of historic buildings considered for renovation.

The app is one of several projects that will be considered during a meeting of state representatives and members of New Mexico’s 19 pueblos.

The intent of the “Pueblo Nations Preservation Summit” will be a venue for tribes to present recent and ongoing preservation successes, and discuss different cultural approaches with state preservationists for reusing historic buildings, the department said in a news release.

“The collaboration in New Mexico will build on successful partnerships forged in the past between our office and the pueblos of Ohkay Owingeh, Santo Domingo, Taos, Cochiti and Nambe, which have pursued preservation in their communities tailored to their traditions and needs,” Jeff Pappas, State Historic Preservation Officer and Director of HPD, said in a statement.

Following the summit, a company will be selected to develop the phone and tablet application that members of three pilot pueblos will use in the field, according to the department. An architecture and planning firm also will provide assistance to analyze and map information so the pueblos can plan for future preservation and revitalization.

The department said the data gathered by the tribes will be used to update some of the first National Register listings in New Mexico, several written nearly 50 years ago.