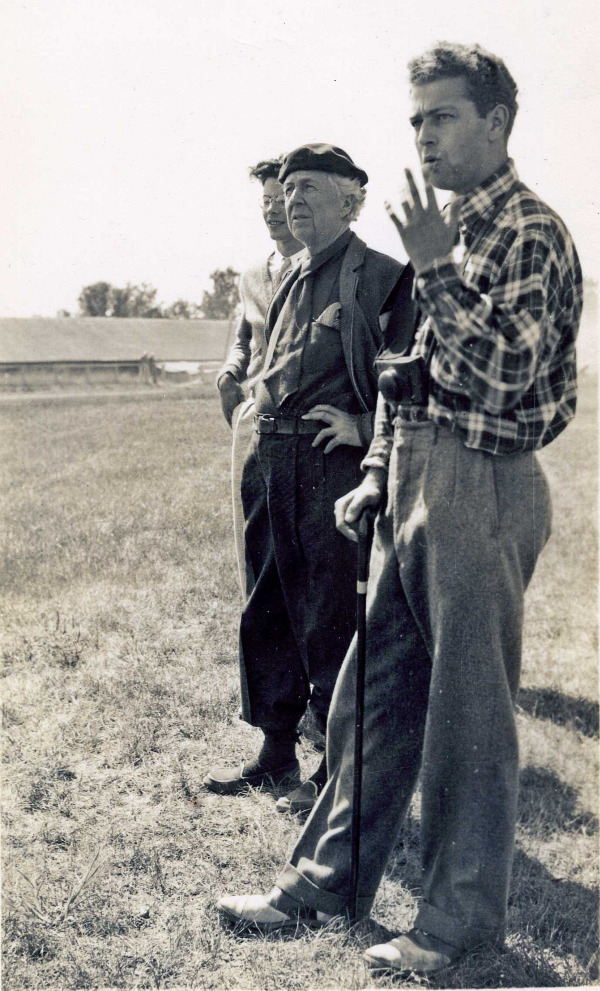 In association with the Edgar Tafel Trust, Kenneth Love has received a 2011 grant to reproduce, restore, and preserve his documentary Fallingwater: A Conversation with Edgar Kaufmann, jr. The goals of the project are to create a new wide screen high-definition broadcast television quality program of the acclaimed 1994 film. To use the documentary for on-site interpretation and make it available to 160,000 annual visitors. To make the video available to universities, other public organization, and general audience. To preserve the historical on-camera interview with Edgar Kaufmann, jr. from the original 16mm film created in 1982 in a new HD digital video format. Kenneth Love has been a filmmaker for forty years. His awards include two National Emmys for Individual Achievement. Love’s association with Fallingwater began with a call in 1982 to film an interview with Edgar Kaufmann, jr., the son of the original client. That assignment ultimately resulted in the production of four films by Mr. Love Fallingwater: A Conversation with Edgar Kaufmann, jr.; Fallingwater: The Apprentices; Saving Fallingwater; Frank Lloyd Wright and Japanese Art.

Posted on March 8, 2015 By JMFitchFound
Categories: ALL THEMES, ARCHITECTURE + DESIGN