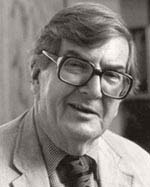 James Marston Fitch was born in Washington D.C. on May 10, 1909 and raised in Chattanooga, Tennessee. His father, James Fitch, was a quartermaster in the U.S. Navy and later held clerical positions. His mother, Ellen Payne Fitch, came from a New Orleans family that had suffered severe losses in the Civil War. She rehabilitated and sold houses to supplement the family income and built the log house that was the family home. At the age of fifteen Fitch graduated from high school and enrolled as an engineering student at the University of Alabama. After two years he left to work in an architect’s office and then moved to New Orleans to attend Tulane University’s School of Architecture. Financial circumstances forced him to leave without completing his degree; in 1997 he was invited to be the commencement speaker and Tulane awarded him an honorary doctorate. 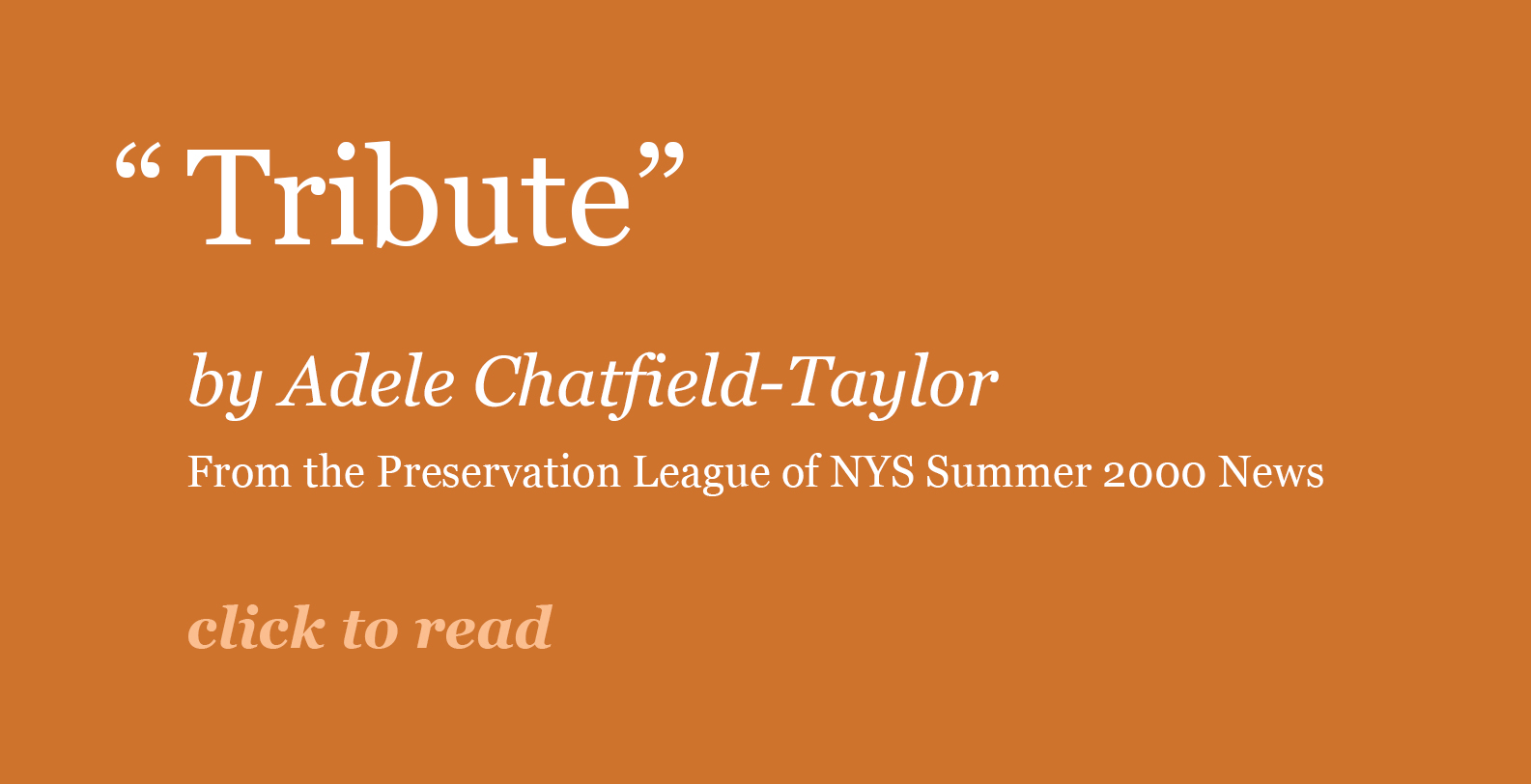 At the age of twenty Fitch was employed by the Herbert Rodgers interior design firm in Nashville as a designer of period style houses, one of which was a replica of Auburn, a famous Natchez plantation house. When the Depression brought such work to an end Fitch worked for the Tennessee Valley Authority under wilderness advocate Benton McKaye, director of recreational resources. Subsequently he was employed by the Tennessee State Planning Board where, as Director of Population Statistics, he produced detailed studies of the distribution of industry, highways, railroads, tenant farming and the general economic determinants of population distribution. During a summer of study with housing and planning expert Henry Wright Fitch had met Henry Klaber who became director of the newly founded Federal Housing Administration and invited Fitch to come to Washington where he worked on establishing minimum standards for federally subsidized housing.

Fitch’s first published article, “The Houses We Live In” (Architecture, vol. 68, pp. 213-218, October, 1933) came to the attention of Henry Saylor, editor of Architectural Record, who offered Fitch the editorial position that brought him to New York at the end of 1936. There he commissioned ground-breaking articles on architecture and landscape design and wrote anonymously himself on architectural trends. Drafted into the army in 1942, he was assigned to meteorology which led him to begin to focus on the connections between climate and architecture and to consider ways that building could benefit from or modify the impact of climate. This formed the basis for half of his first book, American Building, the Forces that Shape It, 1948, the other half being a history of American architecture. As an editor at Architectural Forum (1947–49) he had an office next to Jane Jacobs who became a life-long friend, fellow activist, and influence on Fitch’s thinking about urban fabric. In 1949, Elizabeth Gordon, editor of House Beautiful, asked Fitch to become Architecture Editor with the specific assignment of directing a “Climate Control” project. From 1950 to 1953 each issue of House Beautiful offered plans for “climate-wise” houses in different areas of the United States designed in consultation with a panel of experts in climatology.

In 1954 Fitch joined the faculty of the Columbia University School of Architecture, Planning, and Preservation. “Preservation” was added at Fitch’s instigation when, together with Charles Peterson, he began to offer courses in historic preservation and established the first graduate program in the United States offering training in the preservation of historic buildings. The start of this program coincided with a growing public awareness of the devastation caused by the sweeping urban renewal programs of the 1950s and 60s and graduates of the program became leaders in the nation’s growing preservation movement while Fitch became internationally renowned as an advocate, teacher, and writer on behalf of “the built environment.”

When Fitch reached Columbia’s mandatory retirement age in 1979 he embarked on a series of new careers; he had already served as the first conservator of Central Park (1974–75); he set up a graduate program in preservation at the University of Pennsylvania; he produced the first comprehensive book on the subject, Historic Preservation: Curatorial Management of the Built World (1982); and he became a partner and director of historic preservation in the architectural firm Beyer Blinder Belle. Among the projects he worked on were the master plan for the restoration of Grand Central Terminal, the South Street Seaport Museum and Master Plan, the Ellis Island National Monument and the restoration of the Cathedral of the Madeleine in Salt Lake City.

During the 1980s and into the 1990s Fitch continued to travel widely as a consultant and lecturer and to publish critical essays such as “Physical and Metaphysical in Architectural Criticism” and “Murder at the Modern,” in which he attacked Postmodern theory and what he regarded as a betrayal of the principles of modernism. He received honorary doctoral degrees from Columbia University, New Jersey Institute of Technology, the University of Kansas, Parsons School of Design, and Tulane University. Shortly before his death in 2000 he attended the first Fitch Colloquium, established in his honor at the Columbia University School of Architecture, Planning, and Preservation. In 2004 Andrew Dolkart was the first appointee to the Fitch Professorship in Historic Preservation at Columbia, made possible by the Fitch Foundation, the Fitch bequest, the Kress Foundation and private contributions.