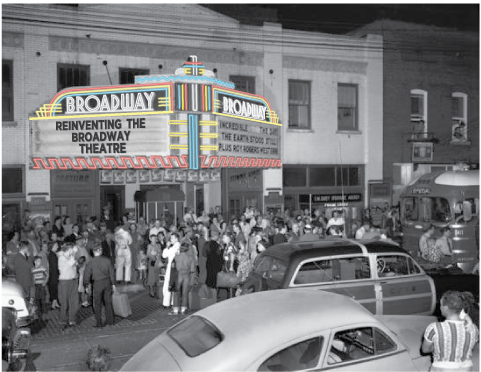 Ms. Ward will conduct a site assessment and create an action plan for the now vacant Broadway Theater, a historic vaudeville theater that opened in 1921 in Cape Girardeau, Missouri. Following the completion of a site assessment, Ms. Ward will engage the local community in their vision for the future of the theater, hoping to create a major catalytic impact on the downtown’s revitalization, restoring a sense of place. Ms. Ward’s project will serve to promote the theater’s reuse to town officials while serving as a guide to aid other small towns across the country in their efforts to save their empty downtown theatre buildings, bringing life back into historic commercial districts.

Posted on March 8, 2015 By JMFitchFound
Categories: ADAPTIVE RE-- USE, AESTHETICS, ALL THEMES, ARCHITECTURE + DESIGN